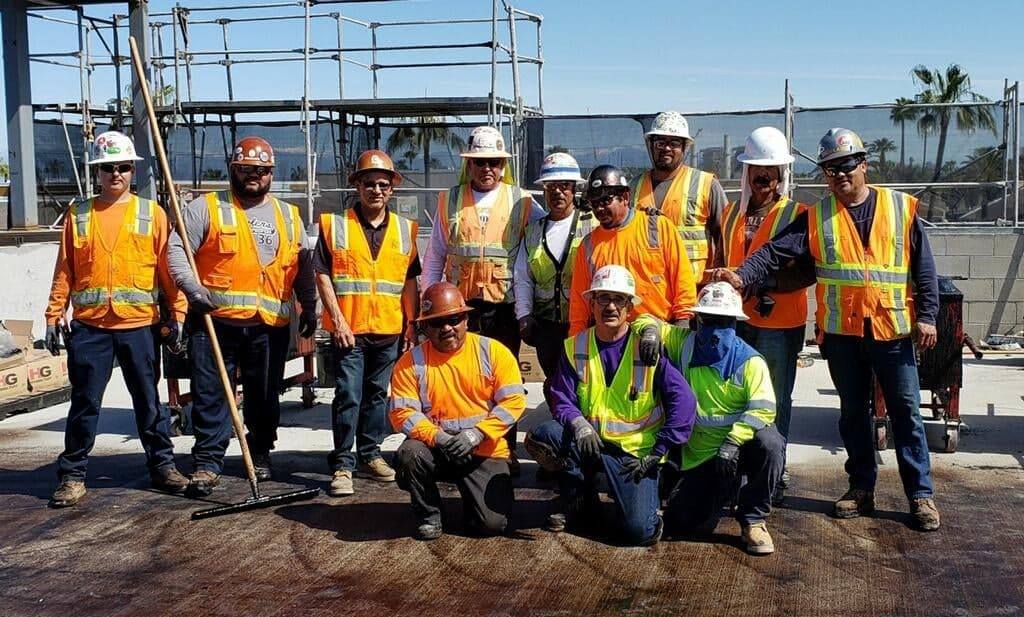 Roofs have been necessary since our ancestors first stepped out of their caves and began building shelters using indigenous materials. While our modern-day coverings have come a long way from thatched roofs of grass and twigs, the principle remains the same—skilled craftsmen use their talents to provide lasting shelter and protection.
The International Slate and Tile Roofers Union of America was chartered by the American Federation of Labor on June 5, 1903. The International Brotherhood of Composition Roofers, Damp and Waterproof Workers received their AFL charter on Nov. 6, 1906.
From these beginnings, the two unions functioned independently but cooperatively for 13 years. In 1919, the organizations met in Pittsburgh and merged to form the United Slate, Tile and Composition Roofers, Damp and Waterproof Workers Association. The merged union grew from 1,600 members to more than 7,000 by World War II.
Construction blossomed after the war, with membership doubling by 1950. Steady growth marked the 1950s. By 1978, the union had 28,000 members. It was during that year the union adopted its new name, the United Union of Roofers, Waterproofers and Allied Workers, approved extensive revisions to the constitution and began a much-praised health and safety program.
Our work continues today with an emphasis on training, safety and cooperation. Our goal is to provide the safest and best-trained roofers in the industry for our signatory contractors.